A Taste Of Forbidden Fruit Gone Wild: From Church Bands To Rockabilly Soul 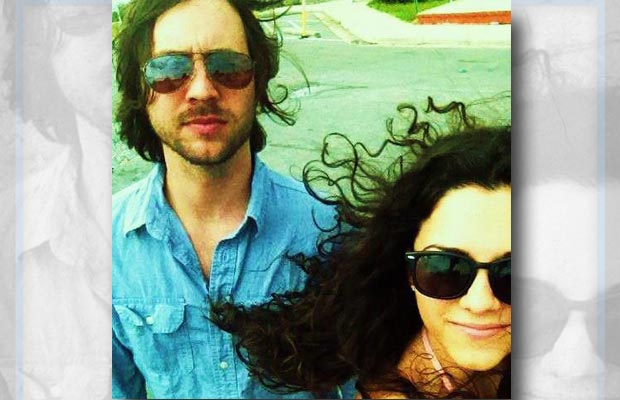 Whoever said that forbidden fruit tastes the sweetest was sure-as-hell right. Down-home southern rockabilly duo, The Wild Fruit, out of Dothan, AL, is on a streak following the release of their latest single and video for “Slow It Down,” a preview of what’s to come on their next album. The track is also featured on WiFi PR Group’s compilation, Indie Anthems Vol. 6.

Both drummer and vocalist Jamie Faye Harrell and guitarist and vocalist Brett Smith found their musical roots in listening to their hometown church band, which they said made them “go home and bang on boxes and garbage cans. It just looked like a really good time.” The pair covet old country as a foundation of their band’s sound, and artists like Elvis and Johnny Cash, who knew how to straddle the line between authentic country and straightforward rock ‘n’ roll, pulled out the rockabilly vibes that would become their signature sound. Listeners can also hear strokes of blues legend John Lee Hooker and even Hank Williams III, who both have made an impression on the scope of The Wild Fruit’s musical outlook.

Nowadays, The Wild Fruit harness these musical influences to create a version of rockabilly soul that aims to rein in the attention of music fans far beyond their Alabama hometown. The White Stripes are their most common comparison. They have the same instrumentation as The White Stripes—though Jamie Faye’s vocals hit the center stage much more than Meg White’s—and Brett’s crooning voice resembles Jack White’s as well. But the most specific description of their sound that they’ve ever heard was “the southern fried version of The White Stripes mixed with The Black Keys.” But as The White Stripes were from Detroit, The Wild Fruit bring in their own raw, dirty South vibes to distinguish themselves from other traditional rockabilly artists.

To propel this sound from Alabama music venues to the national and online stages, The Wild Fruit recorded a self-titled EP which is available both on iTunes and on physical CDs at their shows. This album has laid the foundation of their music careers, and they are now building upon those initial successes with their latest single, “Slow It Down.” The track is accompanied by a new music video on YouTube, and it will be a part of the duo’s forthcoming album.

“Slow It Down” is also featured on WiFi PR Group’s compilation, Indie Anthems Vol. 6, a collection of international independent talent that WiFi PR wants to put on the radars of music lovers and industry tastemakers the world over. Released at NXNE, the digital mixtape was handed out on 3,500 download cards to festival attendees, and 1,500 more copies are now available on the Indie Anthems Bandcamp page for a limited time.

The Wild Fruit has released a number of videos on their YouTube channel, including a video for their latest single, “Slow It Down,” their cover of “Fancy,” which is the Bobby Gentry song that Reba McEntire made famous, and their track, “Urleen Share Your Turnip Greens.”

About The Wild Fruit Music

WiFi PR Group, www.wifiprgroup.com, based in Los Angeles, CA, is an innovative marketing force in the interconnecting worlds of Philanthropy, Business and Entertainment. Specializing in digital publicity and branding, WiFi PR works closely with its clients to create business to business and business to consumer campaigns.