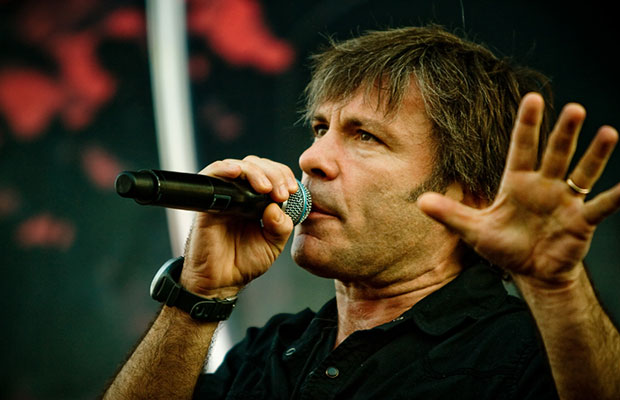 Iron Maiden singer Bruce Dickinson is undergoing treatment for a cancerous tumour on his tongue, the band said on its official website on Thursday.