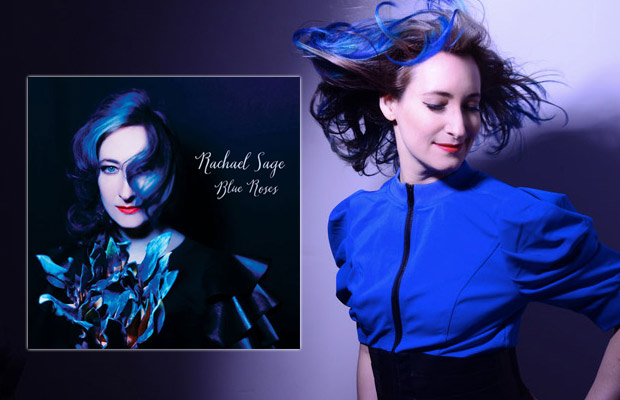 Rachael Sage announces the release of her new studio album, Blue Roses, out November 4, 2014 on MPress Records. The NYC singer-songwriter, poet, actor, visual artist and record label owner has thrived in the indie songwriter scene since her self-produced 1996 debut, Morbid Romantic. Her new album, Blue Roses, is a perceptive rumination on the human condition. Her voice pulsates with soulful melancholy over her driving piano, augmented by string-soaked arrangements.

Sage’s music is prominently featured in the current season of Lifetime® TV’s hit reality series, Dance Moms, with eight of Sage’s songs serving as accompaniment to the Abby Lee Dance Company’s award-winning choreography. The show will be airing two more tracks from Blue Roses later this season, for a total of an unprecedented ten placements. As a former student of The School of American Ballet, Sage says “it’s been pretty thrilling to watch young dancers like Maddie Ziegler and Chloe Lukasiak perform week after week to my music. They’re incredible young artists, and have brought me back to dance in such a unique and unexpected way!”