The New Album By The Bluesman Rudy Rotta: The Beatles Vs The Rolling Stones - muzicbizz.com

Home / Artists / The New Album By The Bluesman Rudy Rotta: The Beatles Vs The Rolling Stones

The New Album By The Bluesman Rudy Rotta: The Beatles Vs The Rolling Stones 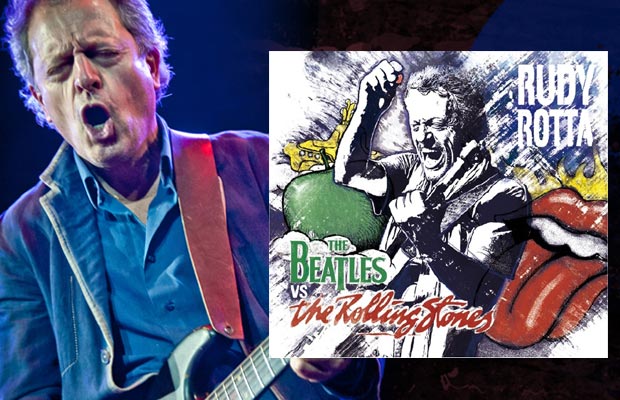 Fifty years on from the first Rolling Stones record and the landing in America of both bands, Rudy Rotta presents “The Beatles vs. The Rolling Stones,” a precious album that collects and compares the music, the history and the rivalry, true or assumed, between the two iconic bands that have moved and revolutionized the music that preceded them. The idea began as a labor of love (and devotion) towards these “giants” of rock music, in which Rudy Rotta plays some of the most beautiful songs, developing an original theme of two of them in one piece, all adapted and arranged with personal touch. A message that is not only exciting but also challenging to those who still conceive and outline their career in the guise of pure replicants, without being able to give their music a touch of personality and originality that should be inherent in every artist.

Listen to the album here

Born in Piedmont, Italy in 1950, Rudy Rotta moved with his family in Lucerne, Switzerland; there at age 14 he began playing the guitar. At forty years old he made a choice of the heart, selling his company and dedicating himself entirely to music. He performs almost exclusively abroad, scaling Olympus of the blues world and establishing a series of collaborations with big names such as BB King, John Mayall, Etta James, Brian Auger, Taj Mahal, to name but a few. He made five appearances at the Montreux Jazz Festival, two of them as a guest of BB King, participation in the cruise “Mississippi Boat Celebrating B.B King “, one in 1997 at the Kansas City Blues Festival with Al Green, Taj Mahal, Brian Seltzer when he was crowned” Europe’s Top Act”, that is the maximum representative of the European blues; the presence at the Premio Tenco with Lowell Fulson and delivery of two Fender Stratocaster “Rudy Rotta Signature”, respectively in 1994 and 2002. After the album “Some Of My Favorite Songs” in 2004 and “Winds Of Louisiana” in 2006 with the cream of American musicians, participation in the 2013 Roxy Bar with Red Ronnie and after hosting on stage in October 2013 the great Larry Carlton “Mr. 335”, Rudy Rotta now returns with ” The Beatles vs. The Rolling Stones”, his personal tribute to the two legendary British bands.