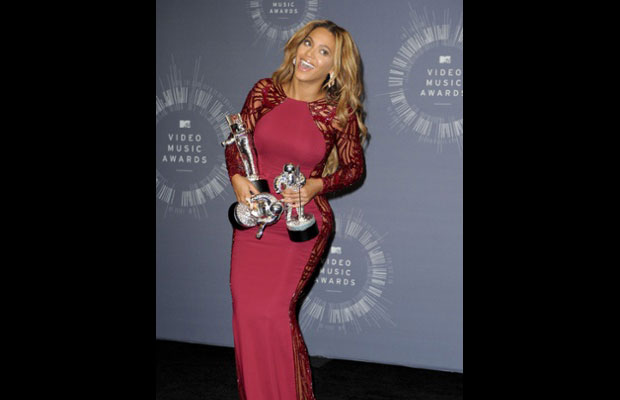 Bow down Bi*****: Beyonce was the big winner at last nights VMAs.

Mrs. Carter accepted the Michael Jackson Video Vanguard Award at The Forum in Inglewood California as she kissed Blue Ivy and Jay Z.

“I’m so full. I have nothing to say but I am filled with so much gratitude,” she told the cheering crowd as they chanted her name repeatedly.

Check out the list of last nights video winners:

Best Direction
DJ Snake & Lil Jon, “Turn Down For What”

Best Visual Effects
OK Go, “The Writing’s On the Wall”