BandPage partners with Spotify to create a ‘VIP Experience’ - muzicbizz.com

BandPage partners with Spotify to create a ‘VIP Experience’ 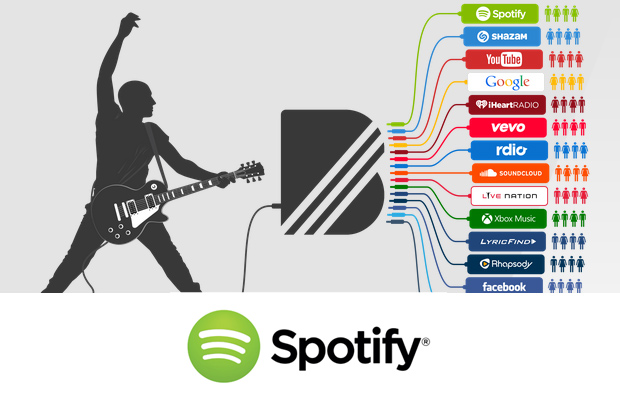 In an effort to take its streaming service to the next level, Spotify has partnered with Bandpage to create a new experience for music fans while introducing a new revenue stream for artists.

BandPage is a platform that acts as a “musical hub” that gathers all of the different music marketing avenues under one umbrella.  Artists have the ability create and upload a profile, bio, pictures, videos, tracks, tour dates, and merchandise, which then gets distrubuted to the various social media platforms such as Facebook, Twitter, SoundCloud, VEVO, and Xbox Music.

By teaming up with BandPage, Spotify aims to grow the streaming experience by offering “VIP Experiences” via the artists’ Spotify profile pages.  Taking a page out of the crowdfunding handbook, “VIP Experiences” go beyond the traditional swag and concert tickets by offering access to exclusive meet’n’greets, Skype conversations, and limited-edition merchandise.

According to vator.tv, “the deal between the two companies is mutually beneficial. For the artist, it gives them access to over 40 million potential customers to buy their merchandise. BandPage also has partnerships with companies like Rhapsody, Vevo and Soundcloud, but adding Spotify is a major deal for the company.”

Ariana Grande and Miranda Lambert are among the first wave of artists to participate in the new venture.