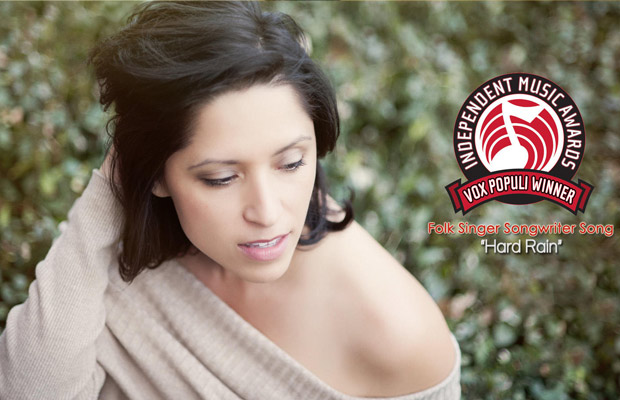 The Independent Music Awards (The IMAs) today announced the results of The IMA 13 Vox Pop poll, the fan-determined component of the prestigious international program for independent artists and releases. Vox Pop voting began in March, when The 13th IMA Nominees were announced, so music fans around the world would discover, and support more than 400 nominated self released & indie label Music, Video, and Design projects.

San Antonio based artist Laura Marie is among the diverse group of artists named as this year’s fan favorites. Former winner of the Lilith Fair Competition for Texas and finalist for such contests as NPR’s Mountain Stage New Song Contest and Songwriter Serenade, Laura Marie continuously brings forth exceptional music through her weekly writings. Most notable are her recent songs for Sexual Assault Awareness (Everything Is Haunted) and this week’s tribute to actor/comedian Robin Williams (Way Up High).

Nearly 40% of this year’s fan favorites, which include Al Farabi, Born Of Osiris, Hitarda, Melissa Ferrick, Pierre Bensusan, Sarkodie, Volodja Balzalorsky andWillie Nile, are from outside the United States. Vox Pop Winners will receive additional marketing support from The Independent Music Awards and its partners. The complete list of the 13th annual IMA Vox Pop poll is below.

To date more than 100,000 fans have championed their favorite established artists and rising stars in The IMA Vox Pop poll.

“It’s obvious that you don’t need a passport or major label publicity machine to win new fans and attract industry attention,” said Martin Folkman, Executive Director of The Independent Music Awards. “Ultimately The IMAs is not about winners. We’re focused on placing exceptional artists and releases in front of music consumers around the world.”