The Love is Gone: Lovebite and Spectra Records Split - muzicbizz.com

The Love is Gone: Lovebite and Spectra Records Split 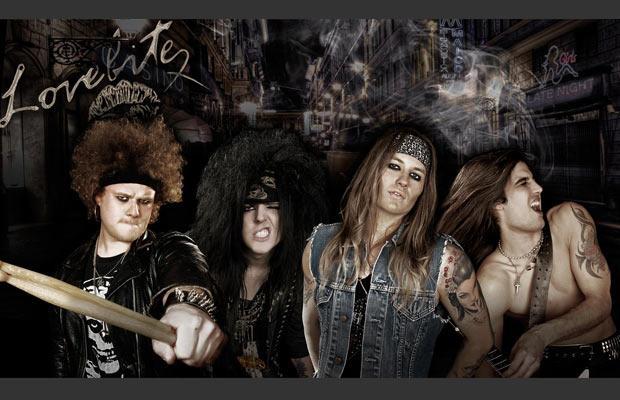 This happens often in the industry, but it doesn’t make it any less frustrating for the artist. Without releasing their debut album, Lovebite and Spectra Records have ended their business relationship.

Young Brisitsh hard rock upstarts Lovebite experienced the age-old major label move, shelving.  After the excitement of signing with Spectra Records and delivering the masters for their album Lock N’ Load over a year ago, it became clear that their debut project would not see the light of day.

“We were getting really frustrated with the whole situation and we weren’t sure what to do,” explains frontman, Jonny Sparks. “We signed a management deal with a US based company called Head First Entertainment about three months ago and they looked at our record contract and started asking questions of the label. We had our release date pushed back repeatedly for no good reason and we weren’t getting valid answers.” He goes on to explain, “We were also required to pitch in quite a bit of money for a publicity campaign back in January and we really didn’t see a lot of results from that. And that was the beginning of the end, really.”

The band’s manager, Dave Tedder, chimes in: “Pushing back the album’s release date so many times for the reasons I was given was bad enough, but when I saw the press report they sent, that was pretty much the final straw. Included in the report were outlets such as The Today Show, David Letterman, Saturday Night Live, Conan O’Brien and other TV shows that made no sense, as well as UK alternative magazines such as Q, Mojo and the like. We’re talking about an upcoming glam rock band here, not a mainstream pop or indie rock act. Now, a lack in judgement is one thing but when I saw the magazines Sounds, RAW, Select and Vox on the list it quickly became obvious that part of the list was fabricated. None of those magazines exist anymore! Combing through the report and doing some research I found that they claim to have gotten “no” (“rejected”) as a response from close to twenty publications that no longer exist and some of which stopped printing as far back as the 1970′s. I sent my concerns over, asked them to explain things and they sent an eMail to Jonny Sparks with a termination notice saying that I was harassing them. It’s not harassment, it’s looking out for the best interests of my clients. It’s right there in black and white – Spectra Records screwed over Lovebite – no if’s and’s or but’s about it. I’ve asked them to prove me wrong and they just ignore that request.”

Free of their contract now, Lovebite will have Lock N’ Load available on iTunes in the next few weeks and physical copies of the album will be available on Amazon’s various sites around the world. In the meantime, the band continues to write and demo songs for their sophomore release which should see the light of day sometime in 2015.